Thank you for your patience while we retrieve your images.

.
.
.
“Godzilla” A feature film by Warner Brothers and Legendary Pictures. The script has an important scene involving HALO jumpers. For this important sequence The studio hired Freefall directors of photography Norman Kent and Craig O’Brien. Norman and Craig have a long history of collaborating on Hollywood films. Also hired were a team of 12 stunt jumpers to bring the project to life. Most of the Freefall footage was shot at Skydive Perris in California in early May 2013 additional shots to capture the C-130 exits were done during a one-day shoot in the Inyokern Desert in California in October 2013.

This gallery contains behind the scenes images as well as Freefall images captured during the filming of the movie itself (without the special effects of course). To comment or ask questions about any image, please LIKE Norman Kent Productions in Facebook and post your questions there, I will be more than happy to respond to your posts. https://www.facebook.com/normankentproductions 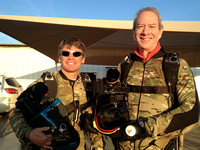 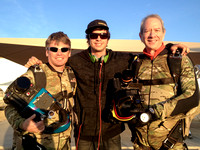